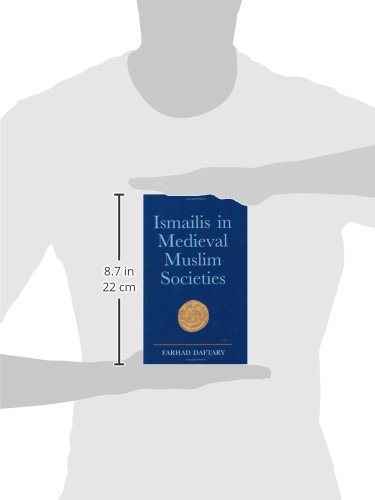 
The Ismailis in the Middle Ages: A History of Survival, a Search for Salvation

This important book, by an internationally acknowledged expert in Ismaili studies, introduces Ismaili history and thought in medieval times. Discussing the different phases in Ismaili history, it describes both the early Ismailis as well as the contributions of the later Ismailis to Islamic culture. A number of chapters deal with key Ismaili individuals such as Hasan-i Sabbah. An authority in Shi'i studies, with special reference to its Ismaili tradition, Dr.

Daftary has published and lectured widely in these fields of Islamic studies. In a Festschrift entitled Fortresses of the Intellect was produced to honour Dr.


Daftary by a number of his colleagues and peers. As well as serving on various editorial boards, Dr. A number of chapters deal with key Ismaili individuals such as Hasan-i Sabbah.

Other chapters contextualise the Ismailis within the early Muslim societies, in addition to investigating the Ismaili-Crusader relations and the resulting legends on the Ismaili secret practices. Over the course of the work, it becomes clear that Ismaili historiography, and the perception of the Ismailis by others in both Muslim and Christian milieus , have had a fascinating evolution.

During their long history the Ismailis have often been accused of various heretical teachings and practices and - at the same time - a multitude of myths and misconceptions have ciculated about them. Farhad Daftary here separates myth from fact, propaganda from actuality, in a work characterised by his customary mastery of the sources and literature. Ismailis in Medieval Muslim Societies. Farhad Daftary.